Tourists will be able to dive two miles in a submersible to the wreck of the TITANIC in 2021 for £95,000

Since the Titanic sunk over a century ago, only 140 people have made submersible dives to see the wreckage first-hand, two miles down on the Atlantic Ocean seabed.

That’s because exploration company OceanGate Expeditions is offering tourists the chance to join the six 10-day missions next year, which will include diving to the wreck and its debris field in a submersible. 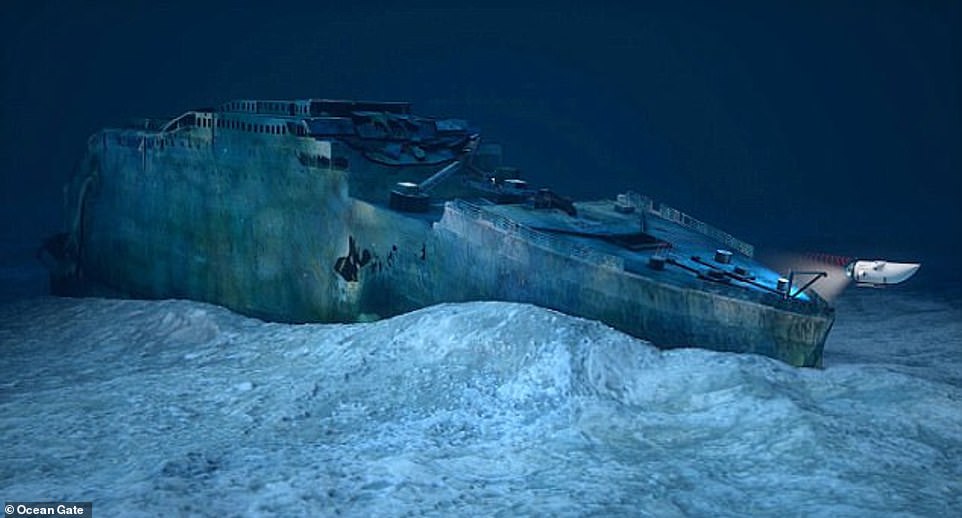 OceanGate Expeditions is offering tourists the chance to dive to the wreck of the Titanic in 2021 – for £95,000 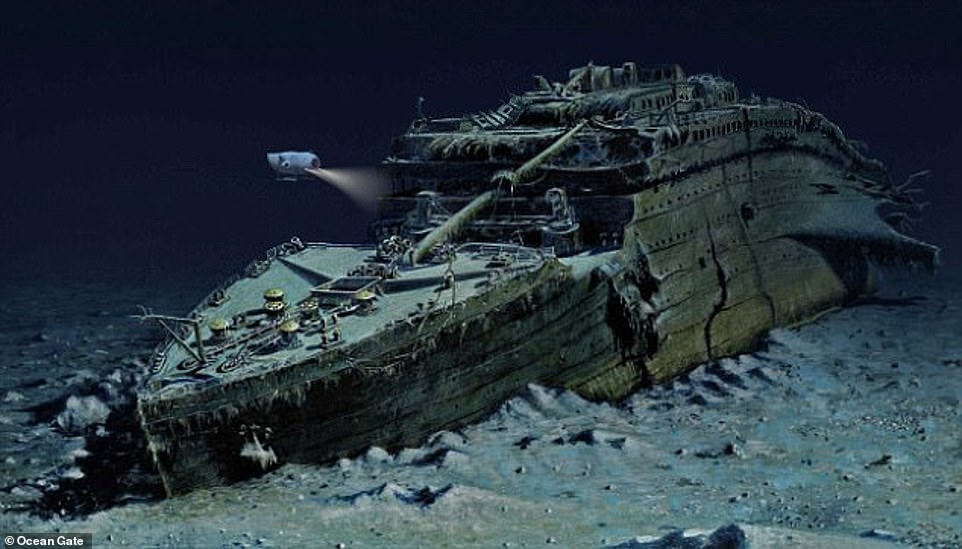 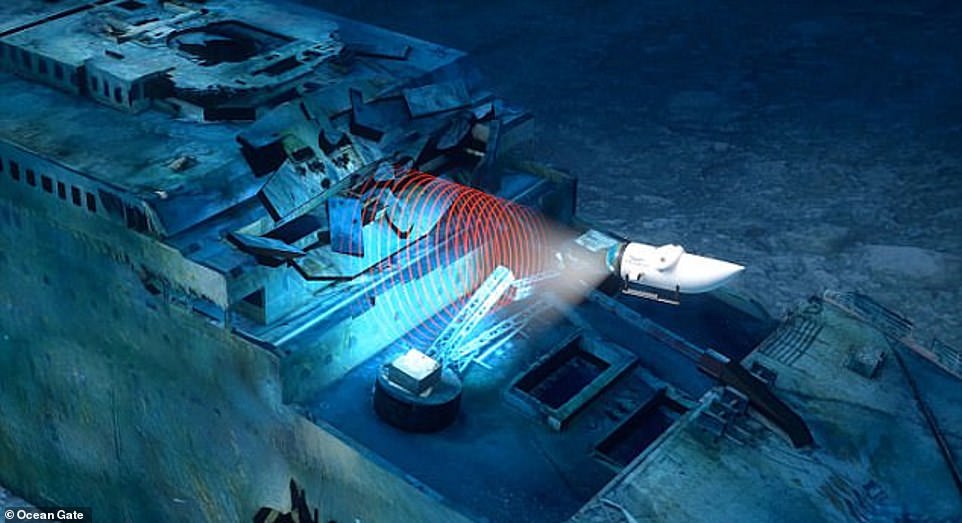 On the dives, tourists will help ‘capture laser scans and 4K video that will be combined with high-resolution images to create a photorealistic virtual 3D model of the shipwreck’ 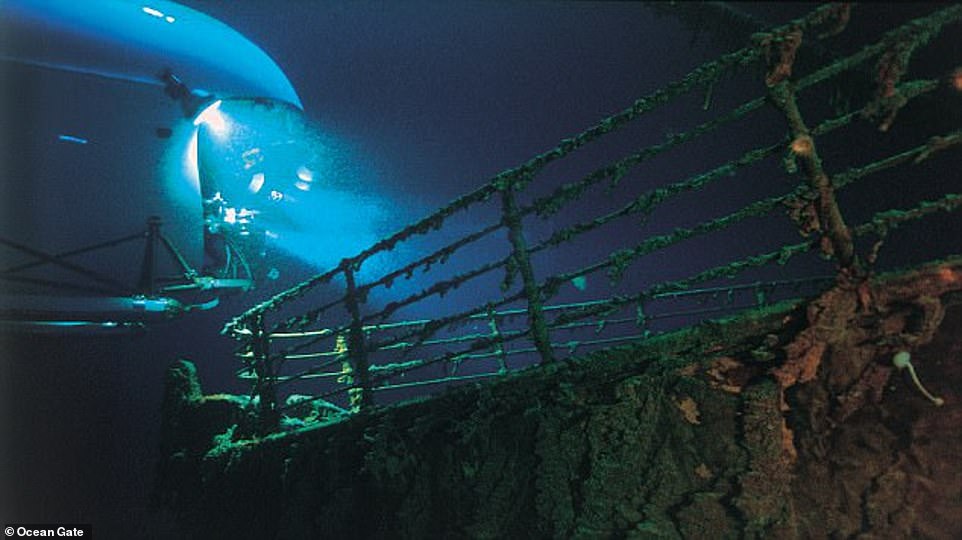 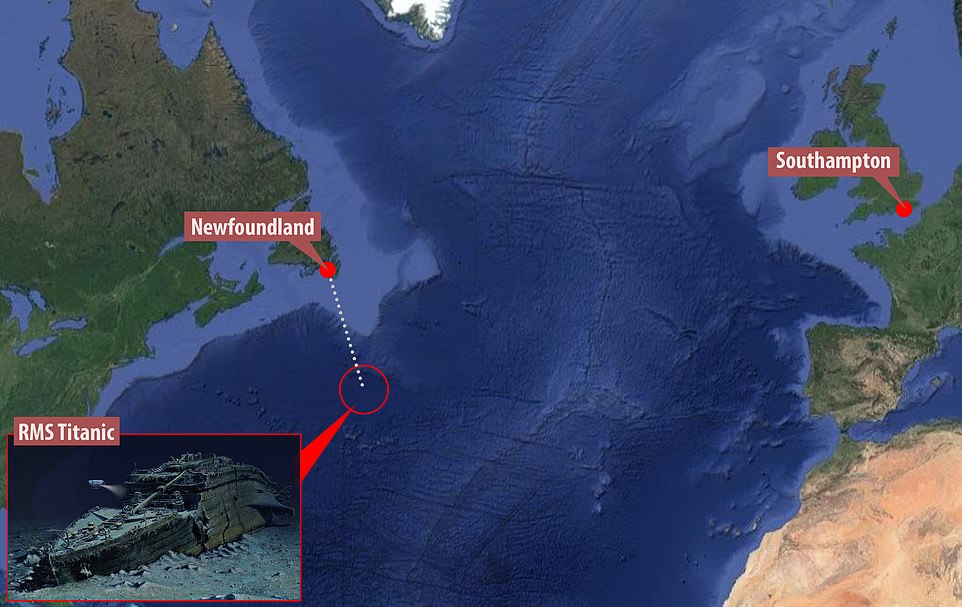 Tourists – or mission specialists as they will be known – will sail from St John’s in Newfoundland, Canada, to the site of the Titanic wreckage, 370 miles away

According to the Washington-State-based company, up to nine tourists will be allowed on each mission, and describe it as ‘a once-in-a-lifetime opportunity to explore and experience this historic memorial site’.

The tourists – or mission specialists as they will be known – will begin their adventure by sailing from St John’s in Newfoundland, Canada, to the site of the Titanic wreckage, 370 miles away.

The firm says Titan is the world’s only five-crewmember manned submersible able to reach the depths of the Titanic that lies 3,800 meters (12,467 feet) below the ocean’s surface. Each dive will take eight to 10 hours. 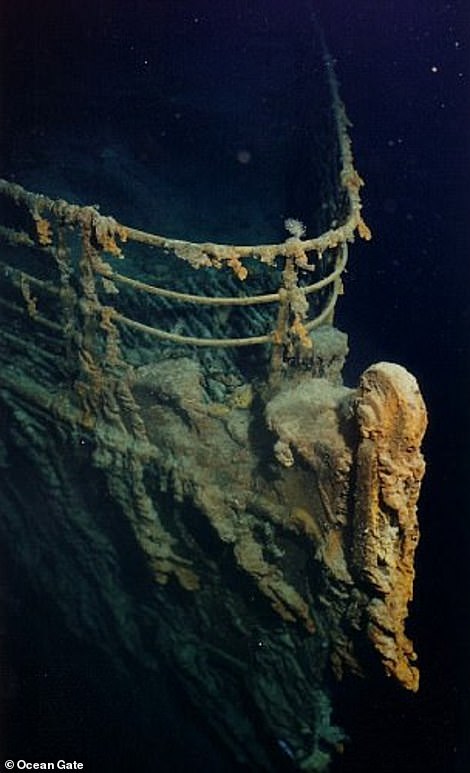 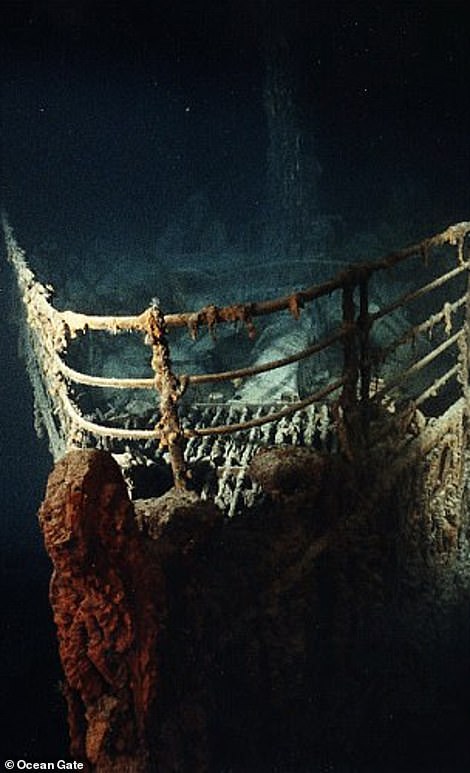 The Titanic shipwreck continues to hold untold fascination more than a century after it sank. It went down four days into its voyage from Southampton to New York, taking the lives of 1,517 of the 2,224 passengers and crew aboard 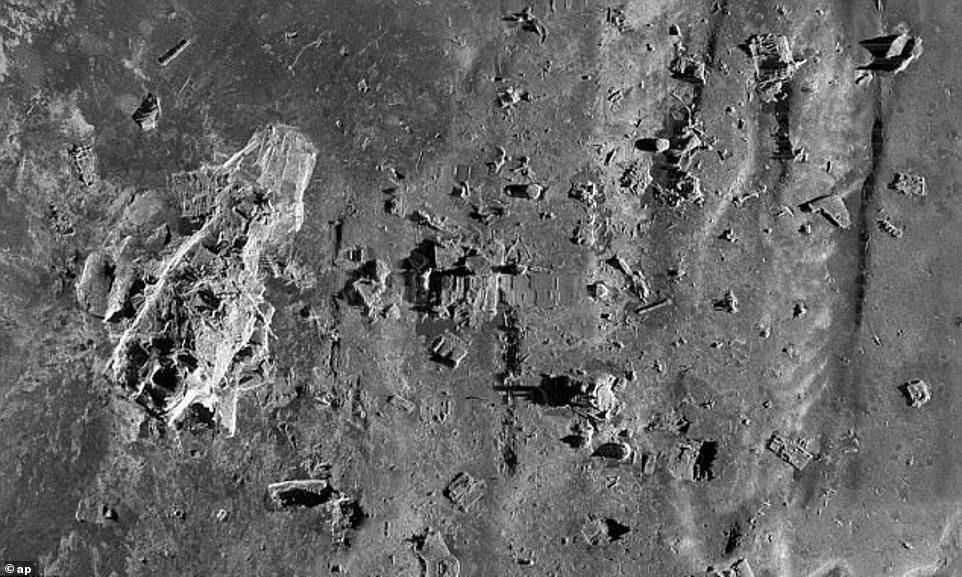 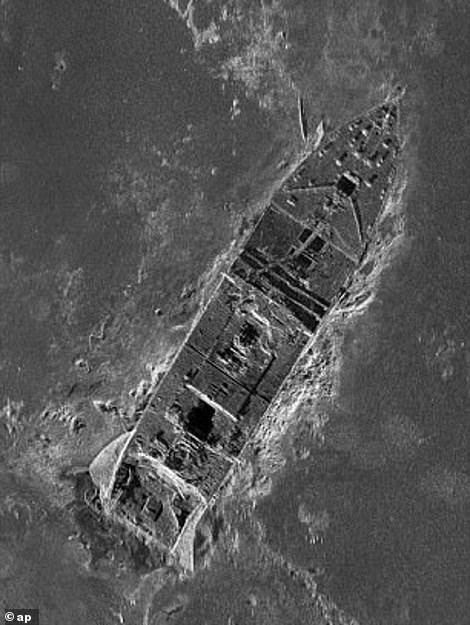 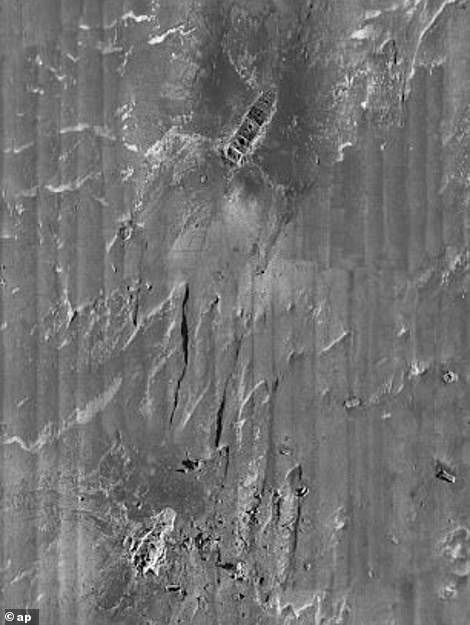 These images – made from sonar and more than 100,000 photos taken by unmanned, underwater robots – show part of a huge map of the Titanic debris 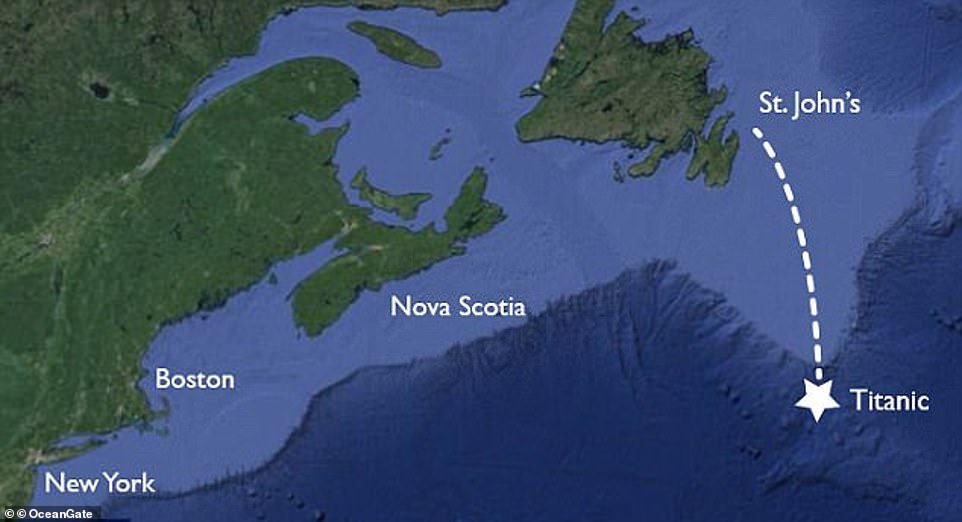 It explains: ‘Alongside a team of experts, mission specialists will be trained as crewmembers and will serve in hands-on roles in documenting important features of the historic site.

‘This expedition will capture laser scans and 4K video that will be combined with high-resolution images to create a photorealistic virtual 3D model of the shipwreck.’

A total of six missions have been scheduled for the summer of 2021 and will start in late May and run through until mid-July.

OceanGate Expedition adds: ‘This will mark the inaugural expedition of a multi-year effort to preserve Titanic history for future generations and document the rate of decay of the important site.’ 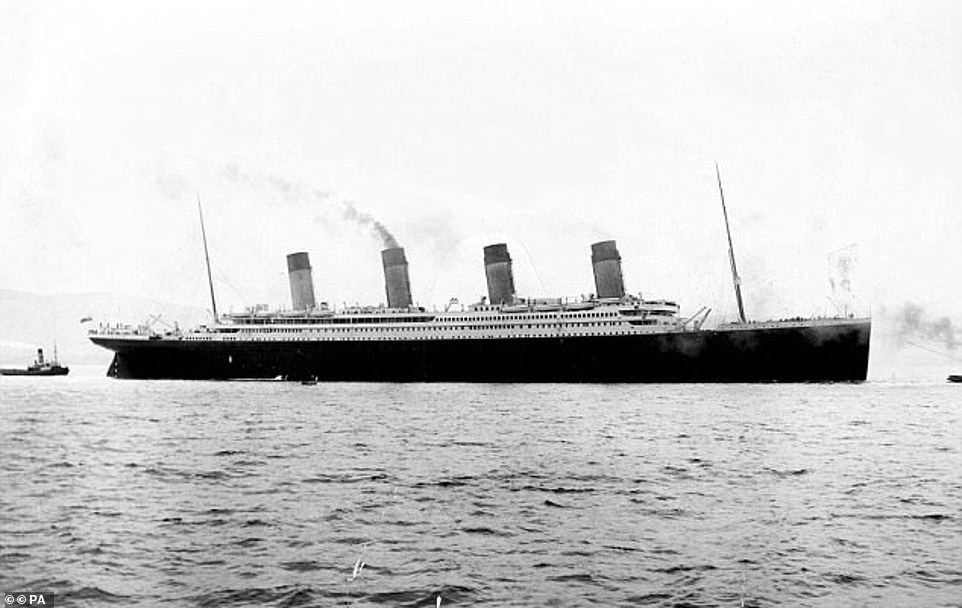 The wreckage of the Titanic was not discovered until 1985, and the bow and the stern of the boat, which split in two as it was sinking, lie nearly 2,000ft apart on the ocean floor 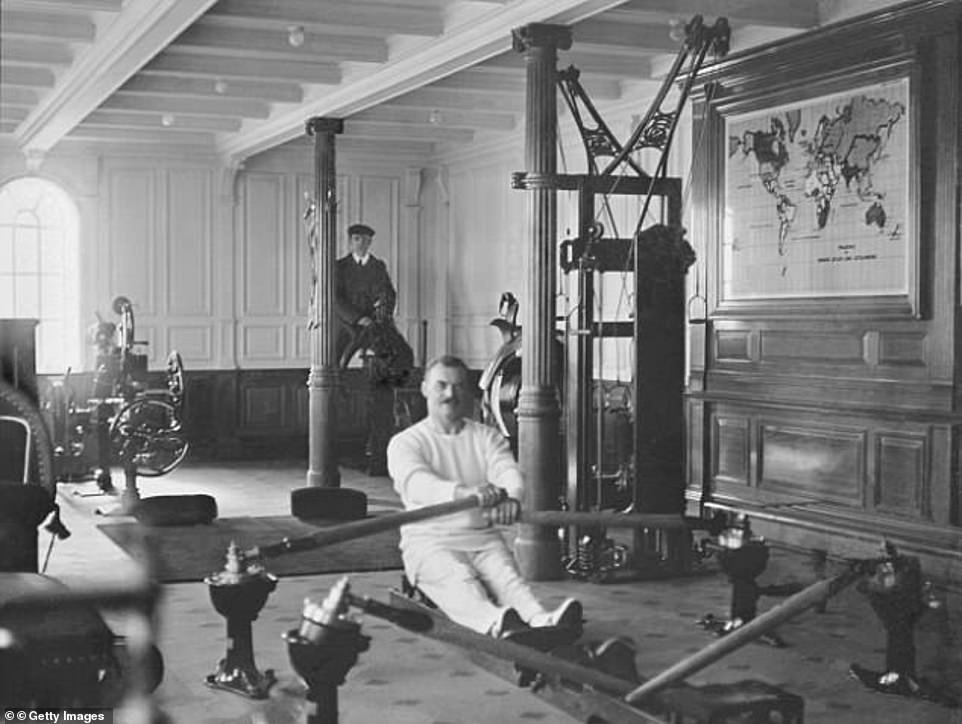 The gymnasium of the Titanic, with TW McCawley, ‘physical educator or trainer’, on a rowing machine and Harland & Wolffe electrician William Parr on a mechanical camel 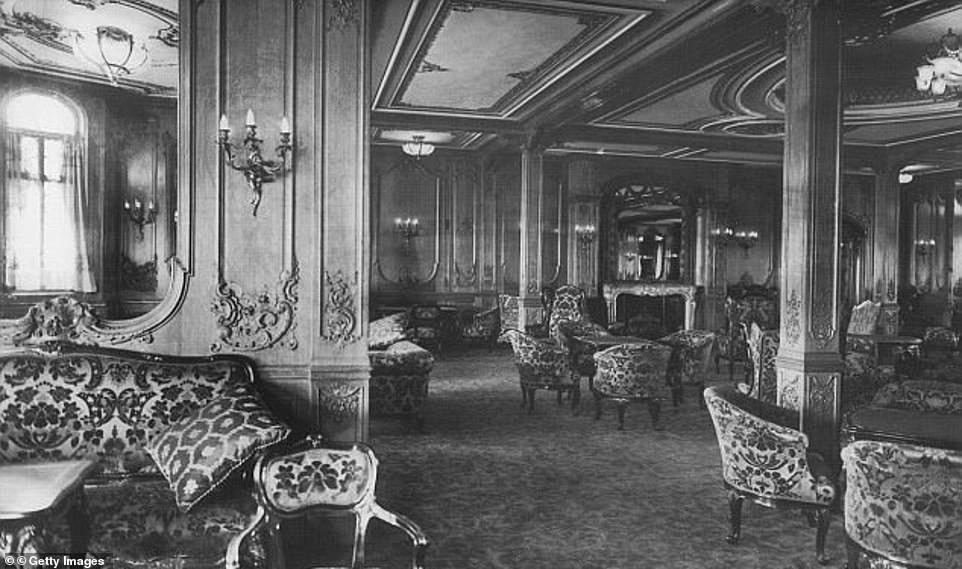 The first-class lounge on the Titanic, seen on January 4, 1912, four months before she set sail

So far, 36 people are reported to have booked their spot on the trips. As well as stumping up the cash, anybody else wanting to join them must complete an in-depth application form and pass a video interview before being allowed to start training for the role. Applications are being accepted for 2021 and 2022 missions.

President of OceanGate Expeditions, Stockton Rush, said: ‘More people summit Everest in a day than have ever seen the Titanic.

‘The Titanic Survey Expedition is the culmination of a vision to give more people a window into our deep oceans and access to the historic Titanic site.

‘The support of mission specialists is vital to our multi-year exploration, research, and digital preservation effort. 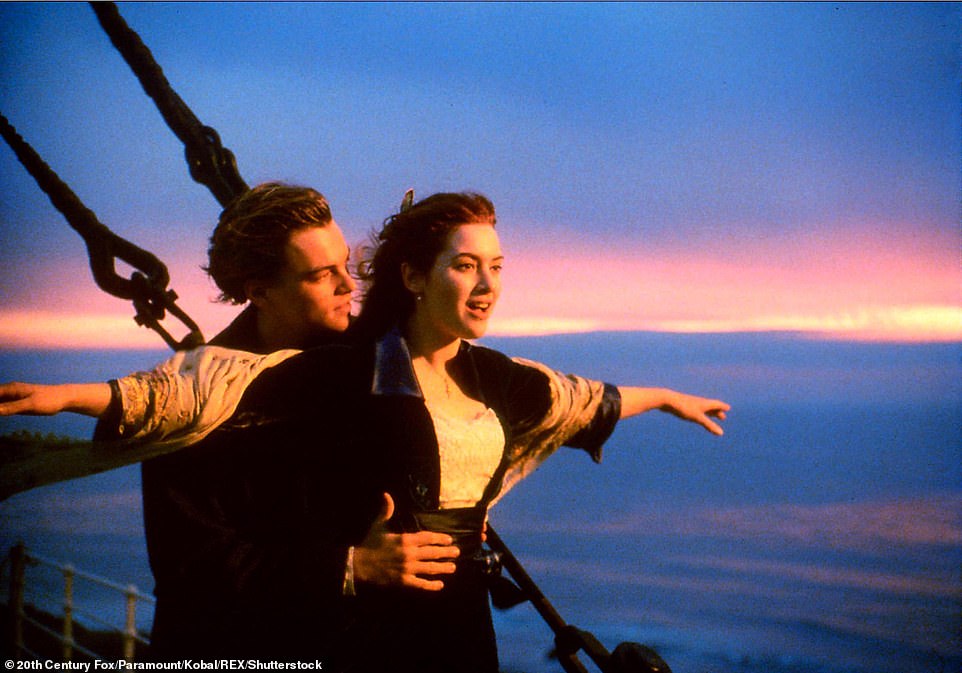 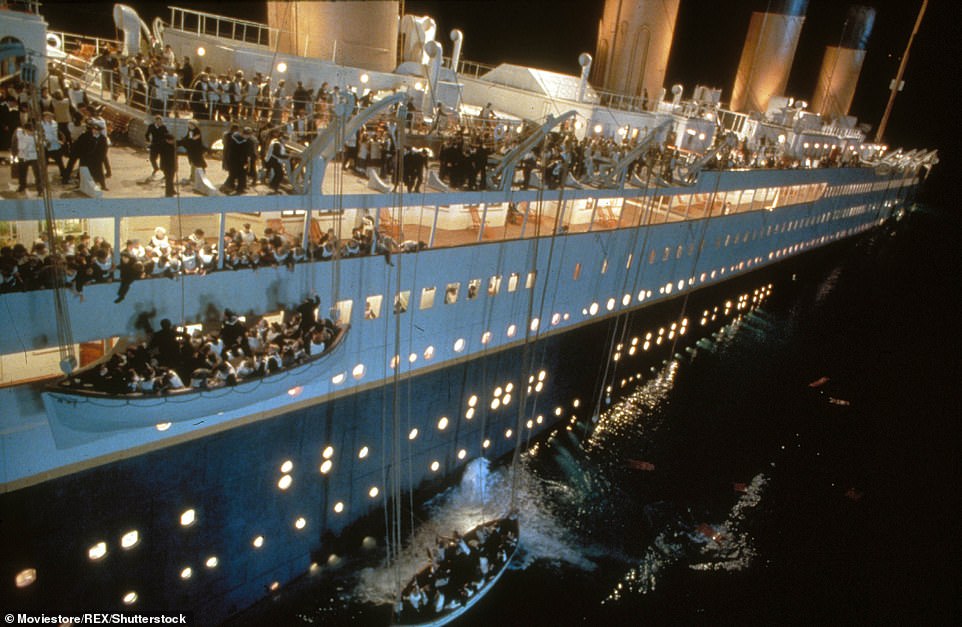 In recent years there has been a resurgence of interest in the Titanic disaster. Pictured is a dramatic scene from the 1997 film

‘They will have the unique opportunity to serve in active expeditionary roles alongside oceanographic scientists, archaeological researchers, and Titanic expedition veterans throughout the missions. This team will document this historic site for generations to come.’

OceanGate Expeditions had planned to take tourists to the Titanic wreckage in 2018 and 2019.

However, the first time it was cancelled as its sub was struck by lightning and damaged, while last year there were issues with a vendor, reports Bloomberg.

The wreckage was not discovered until 1985, and the bow and the stern of the boat, which split in two as it was sinking, lie nearly 2,000ft apart on the ocean floor.

In recent years there has been a resurgence of interest in the Titanic disaster, which was famously depicted in the 1997 James Cameron film starring Leonardo DiCaprio and Kate Winslet.

In 2012, to mark the centenary of the sinking of the ship, the Titanic Belfast museum opened on the site of the shipyard where the liner was built.

Meanwhile, last year, eagle-eyed airline passengers were left puzzled after noticing that some in-flight maps show the locations of shipwrecks and the year of the sinking.

The maps are part of the in-flight entertainment on seat-back TVs, usually found on long-haul flights, and use the aircraft’s flight tracking systems and satellite imagery to show the exact location of the aircraft.

One passenger, Florian Nicklaus, noticed the locations of the wrecks of the Titanic and the USS Thresher on his Swiss Air flight from New York’s JFK airport to Zurich.

Tweeting a picture, he wrote: ‘It made me a bit uncomfortable pointing out catastrophic events while being midair. Or is it to reaffirm me that flying is safer than crossing the Atlantic by ship?’

The company behind many of the in-flight maps is US-based Collins Aerospace, formerly known as Rockwell Collins. It said that many of its customers find the shipwrecks marked out on the maps interesting.