Explosive waterfalls, otherworldly glaciers and a valley so beautiful it was committed to a 20-dollar bill: Twelve pictures that capture the epic majesty of Canada’s wild mountainous terrain

Robin Williams described Canada as ‘like a loft apartment over a really great party’.

Well, as these 12 mesmerising images show, the partygoers are missing out.

They were taken by amateur photographer James Cliburn, from Vancouver, who has spent the past five years exploring his country’s wild terrain, camera in hand.

And he’s done a jaw-dropping job of capturing the epic majesty of the scenery on his doorstep, from the towering Valley of the Ten Peaks in Banff National Park to otherworldly glaciers and waterfalls.

The 38-year-old, who is also co-founder of online travel publication Stade Magazine, tells MailOnline Travel: ‘Canada has a vast array of beautiful landscapes. I really enjoy visiting the Canadian Rockies, so the national parks of Banff, Jasper and Yoho would be my pick of the most picturesque landscapes.

‘If you do some research you can get away from the chaos and experience a bit more of the Canadian wilderness. It is a place that rarely disappoints.’ Scroll down and lose yourself in the beauty of Canada… 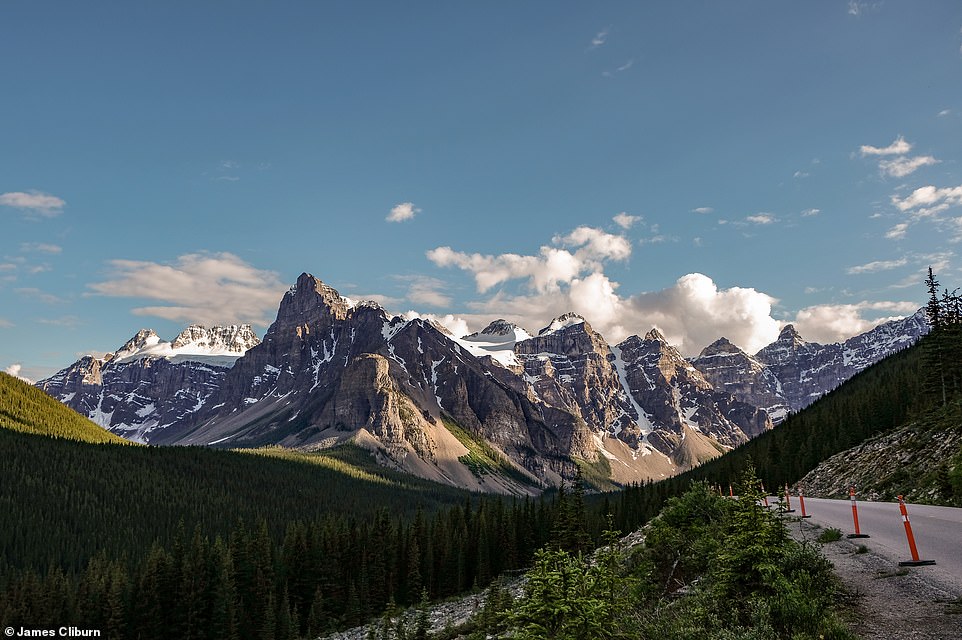 An incredible image by James showing the 10 craggy peaks that form the awe-inspiring Valley of the Ten Peaks in Banff National Park, Alberta. Each one stands over 10,000ft (3,048m) tall. The road that James stood beside to take the photograph leads to the breathtaking Moraine Lake, which together with the peaks forms a scene that according to National Geographic is known by locals as the ’20-dollar view’ – because from 1969 to 1979 the lake and the mountain backdrop appeared on the back of the Canadian $20 bill 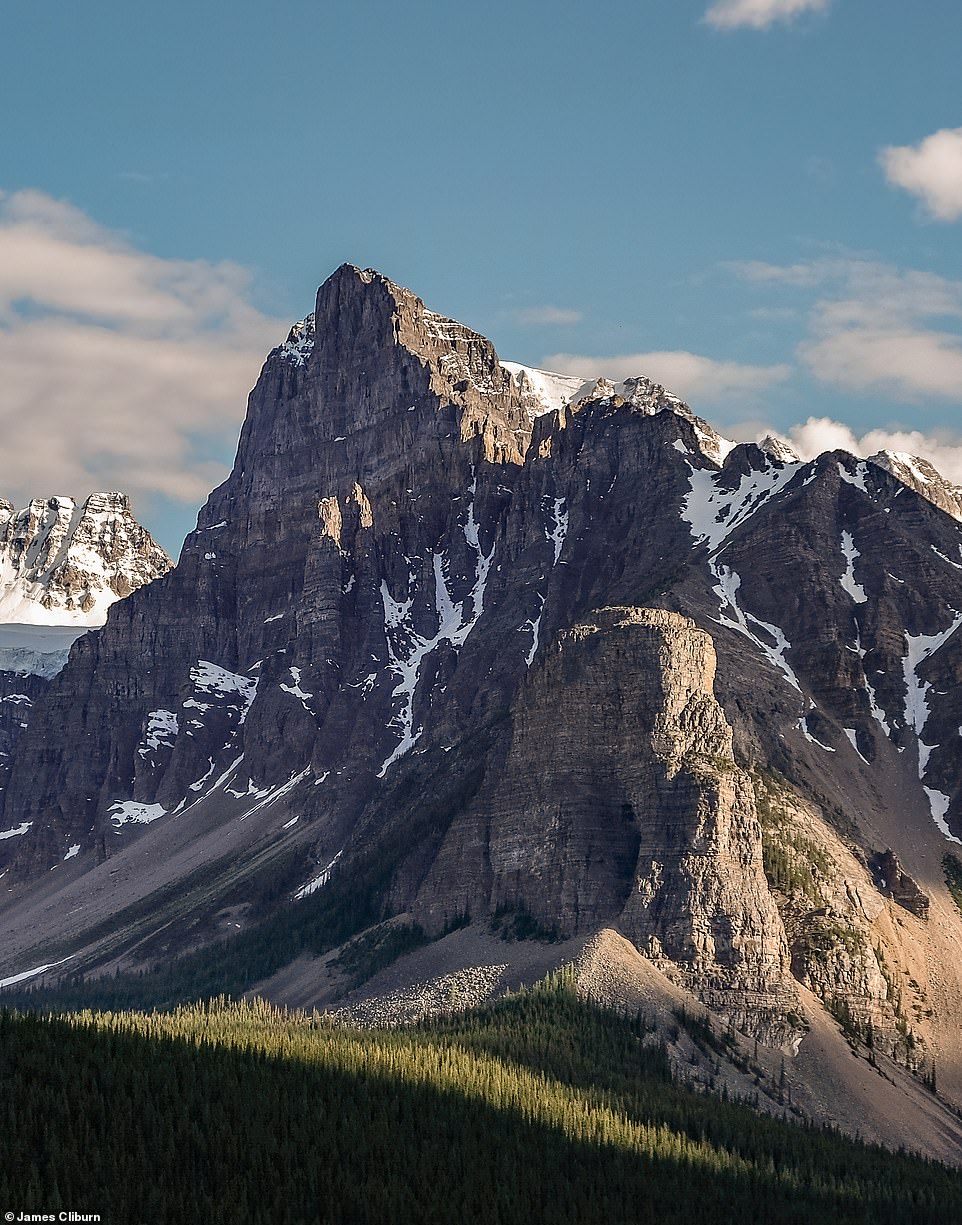 The awe-inspiring Mount Babel, which stands at 10,174ft (3,101m) and is part of the Bow Range mountain range in Banff National Park. James says: ‘Canada has a vast array of beautiful landscapes. Probably the most amazing haven’t been discovered by the general population yet because of their remote locations’ 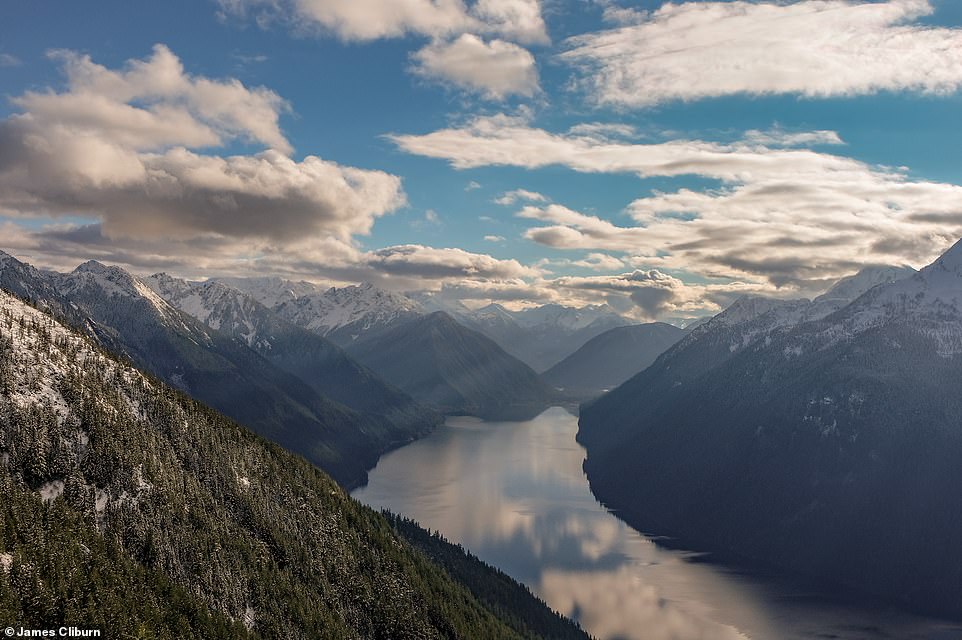 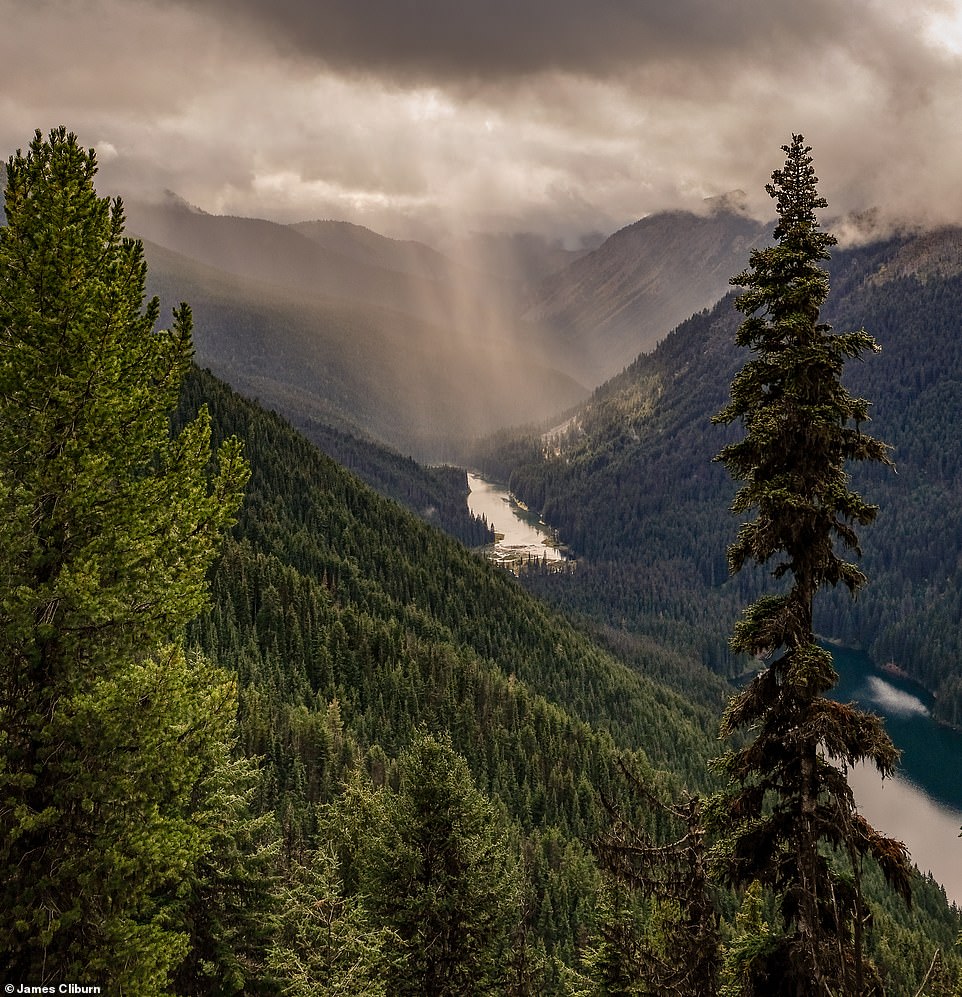 Rays of sun peek through the clouds and shine down on the lush, green E.C Manning Provincial Park in British Columbia’s Cascade Mountains. According to Lonely Planet the 83,671-hectare park ‘packs in a lot: dry valleys, dark mountainous forests roiling rivers and alpine meadows’ 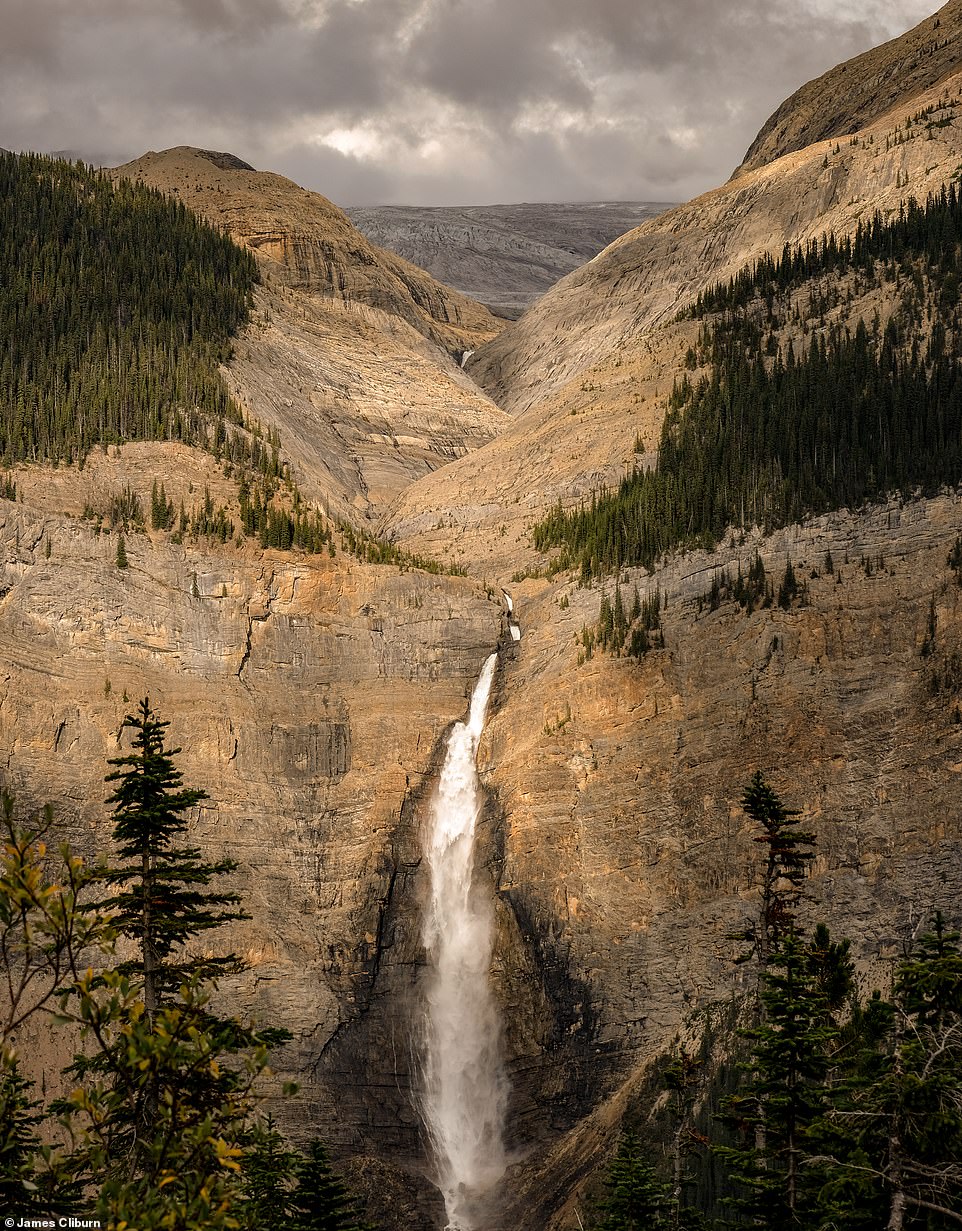 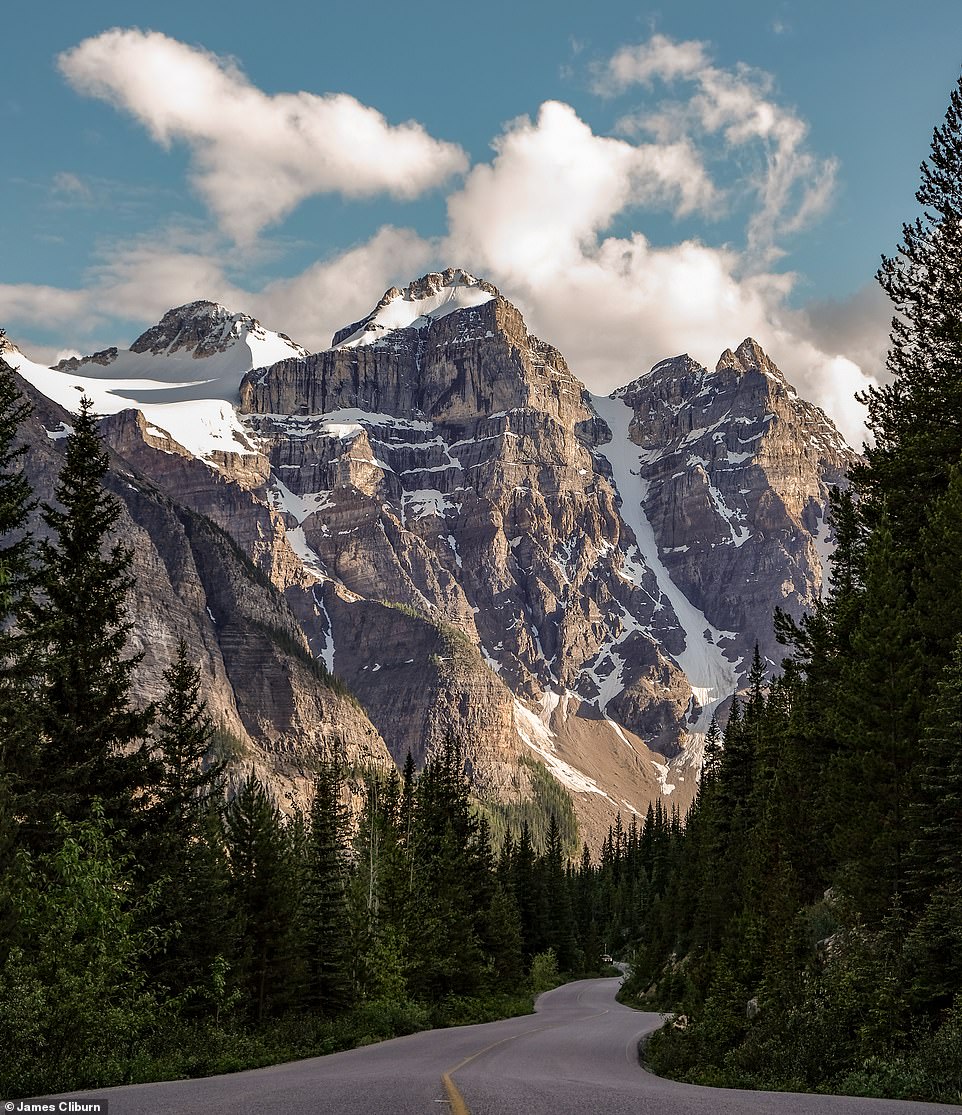 James says: ‘Canada has a lot to offer and a variety of landscapes to explore. I would make sure you prepare for any of the dangers such as the weather, wildlife, or whatever challenge the area may throw at you.’ Pictured is the mighty Valley of the Ten Peaks in Banff National Park and the road leading to Moraine Lake 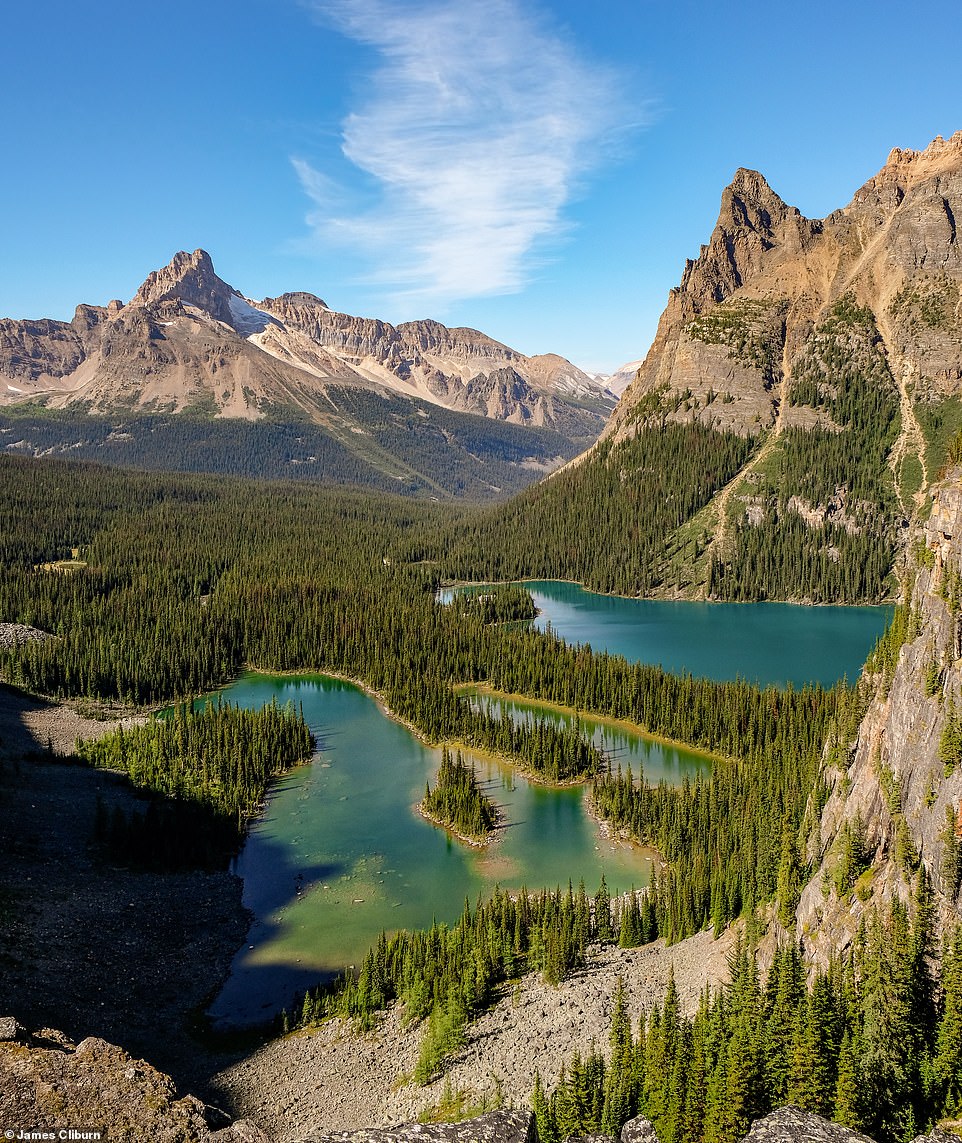 The incredible Lake O’Hara, which sits at an elevation of 7,217ft (2,200m) in Yoho National Park. According to James, it is ‘one of British Columbia’s most beautiful and well-kept areas’ 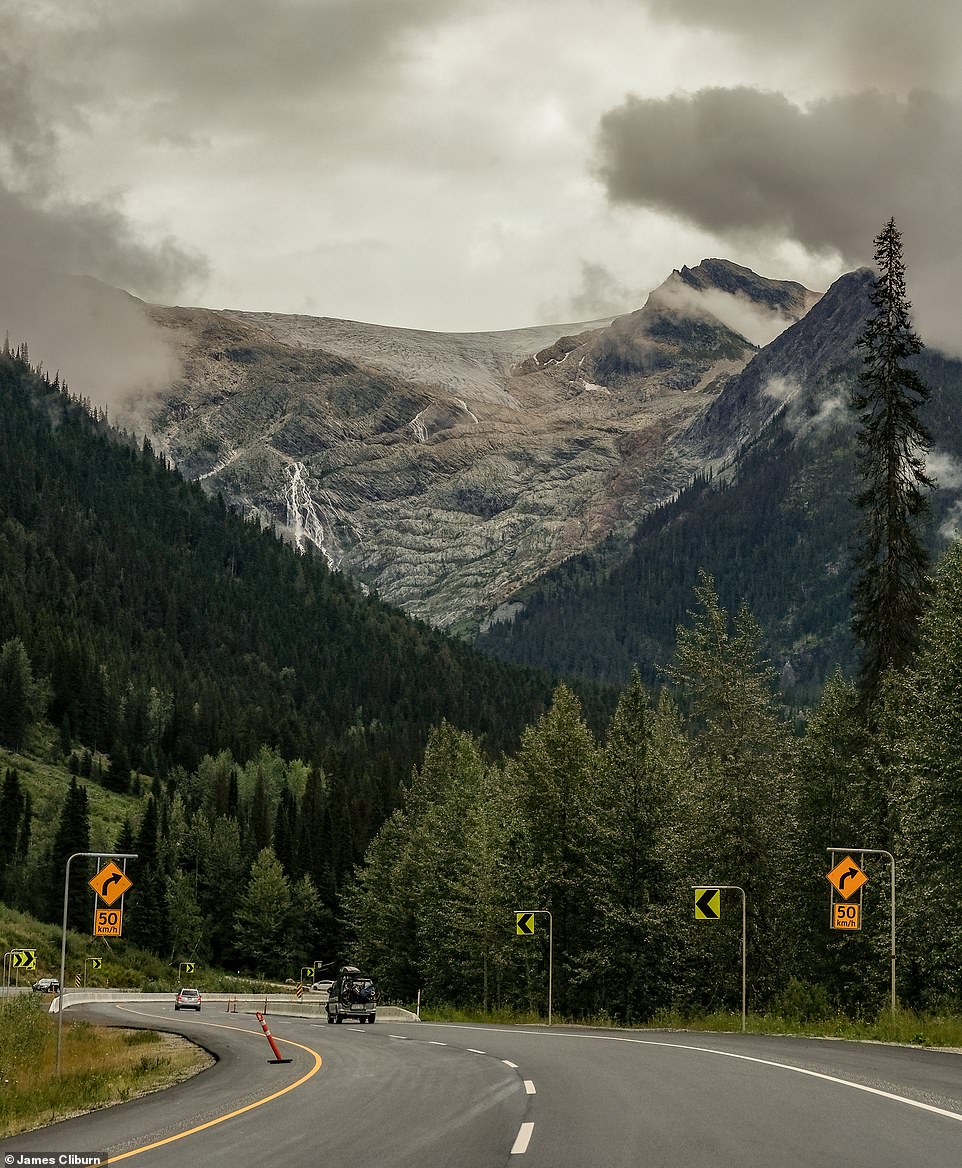 The stunning Glacier National Park in British Columbia, which Parks Canada describes as having ‘exceptional alpine scenery and deep valleys filled with ancient forests’. James points out there is a national park in the US with the same name 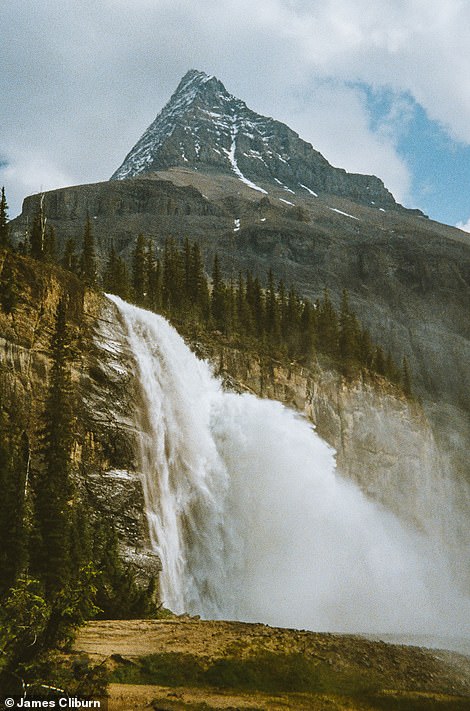 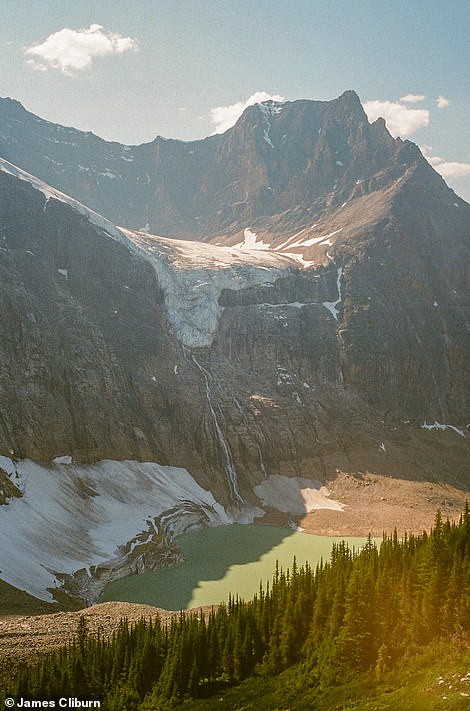 On the left is the awesome Emperor Falls, a 142ft-high (43m) waterfall in Mount Robson Provincial Park, British Columbia. According to the World Waterfall Database, ‘the falls plunges a sheer 142 feet over a cliff at the very base of Mount Robson, and in the process slams into a small protruding ledge which causes the river to explode outward in an absolutely massive firehose of water that shoots out as much as 60-80ft (18-24m) from the face of the cliff in a huge arc’.  On the right is the remarkable Angel Glacier on the north face of Mount Edith Cavell in Jasper National Park, Alberta. ‘The geographical marvel is named for the appearance of outstretched “wings” resembling those of an angel,’ says Travel Alberta 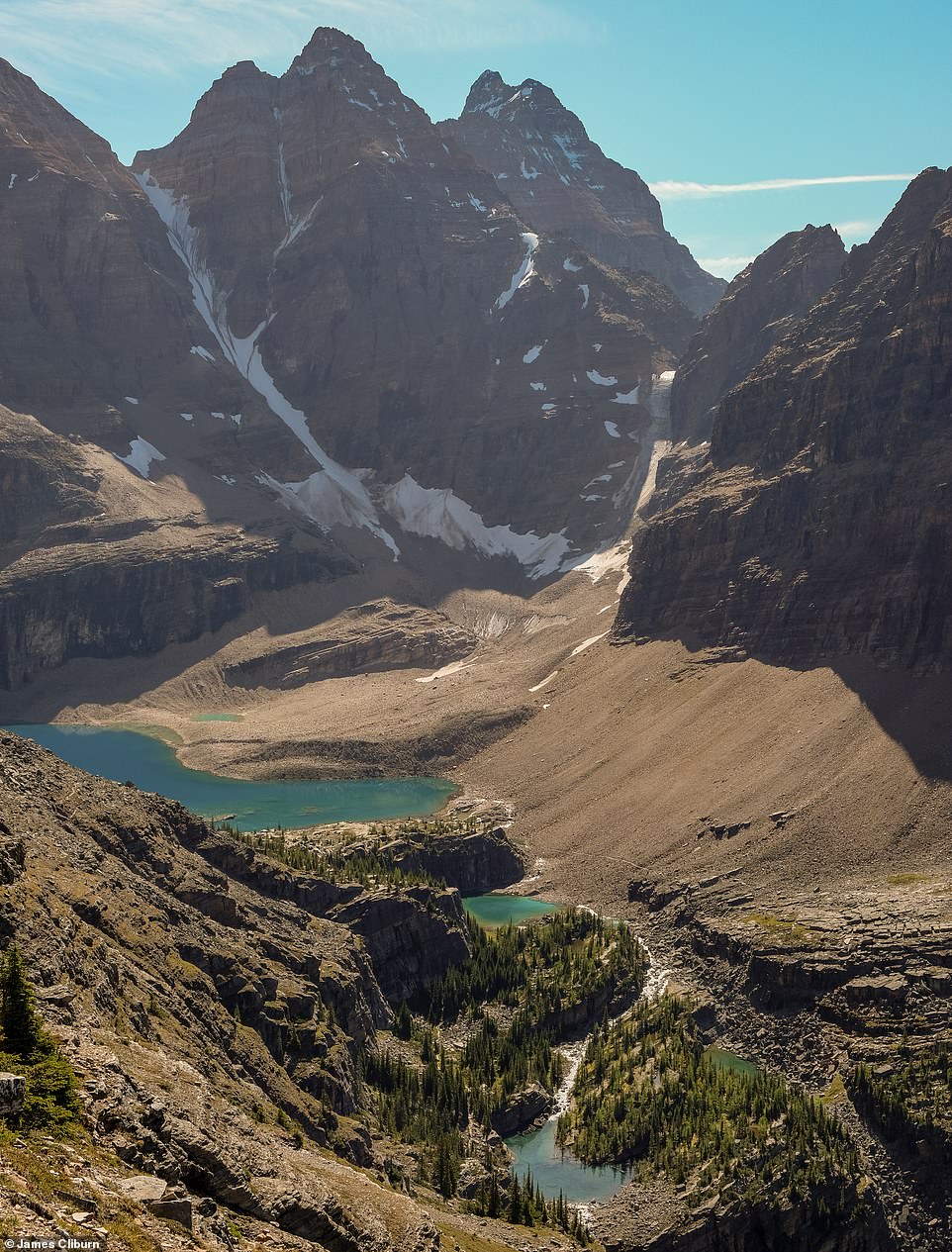 James says: ‘Most of the places you see photographed from Canada are busy locations you can drive to. They are worth visiting, but if you do some research, you can get away from the chaos and experience a bit more of the Canadian wilderness.’ Pictured is Lake Oesa, a lake 7,438ft (2,267m) up in the mountains of Yoho National Park 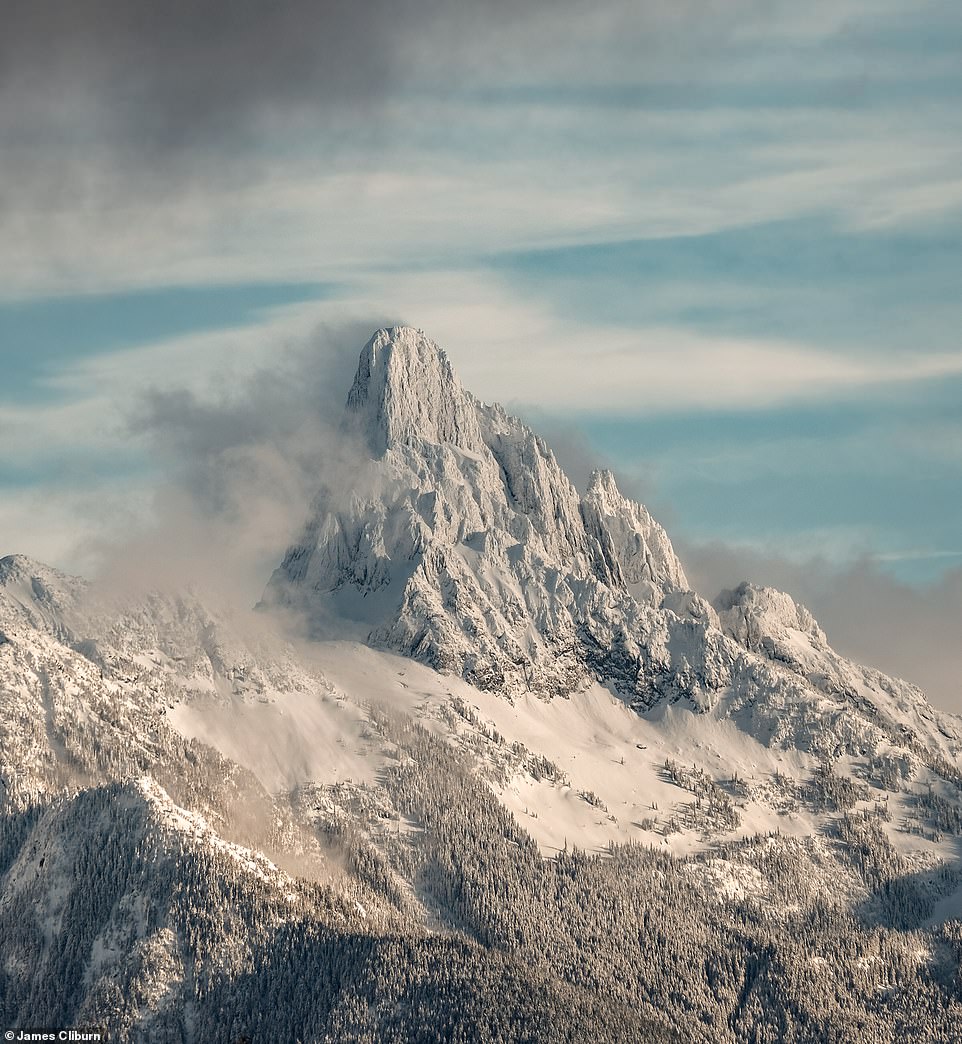 An amazing shot of a snowy Mount Slesse, which stands 8,001ft (2,439m) tall in the Cascade Mountains, just north of the US/Canadian border in British Columbia. James posted this shot to his Instagram account with one follower remarking ‘awesome work here’ and another saying ‘yet another epic shot’