Home » Travel » Why you should renew your vows at sea

The real love boat: Renew your vows on board and your marriage will never be all at sea again!

The big day has arrived and the question is whether to go for the couples’ teeth whitening or keep it simple with a romantic breakfast on our balcony. The latter, please.

In 2013, my wife and I were getting married on the cruise ship Crown Princess, passing Spain, and now we are in the middle of the Caribbean on Regal Princess — somewhere between Cuba and Haiti — to renew our wedding vows.

And we’re not alone. We’re one of 658 couples on board in what turns out to be a record for this sort of thing. 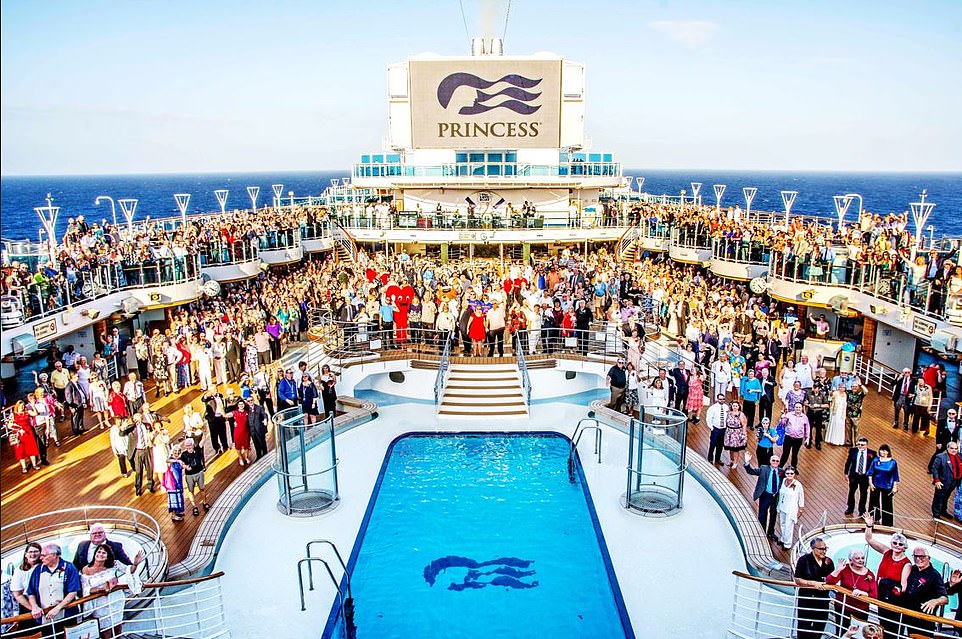 All together now: Princess Cruises broke a record when 1,443 couples reaffirmed vows

There’s more than a touch of theatre. Two decks are awash with couples in smart suits and posh frocks.

Fittingly, Regal Princess is a descendant of Princess Cruises’ Pacific Princess, the star of American TV comedy-drama, The Love Boat, which ran for almost a decade from 1977.

Steering the show was Gavin MacLeod as Captain Merrill Stubing — and he was steering us, aided by matron of honour Jill Whelan, his TV daughter Vicki.

Captain Stubing, who sadly died in May this year, was nudging 90 on the cruise. He strutted his stuff in his stiff white uniform and cap, faced with a flotilla of couples wanting his blessing. Jill, all grown up but as perky as ever, told us how she got married on another Princess Cruises ship, Caribbean Princess — although, she confesses to me in the bar later, that wasn’t actually to the chap she’s married to now.

Also here is Michael, from the U.S., who is serious and trim in a logo-festooned blazer. He’s from Guinness World Records, and is monitoring this bid for the largest multi-location marriage vow renewal ceremony.

Up to now, the biggest vow renewal consisted of 1,201 couples, out in Michigan in America. But we’d joined forces with Royal Princess, heading from LA to Mexico, and Crown Princess, not far from us, for a triple whammy. 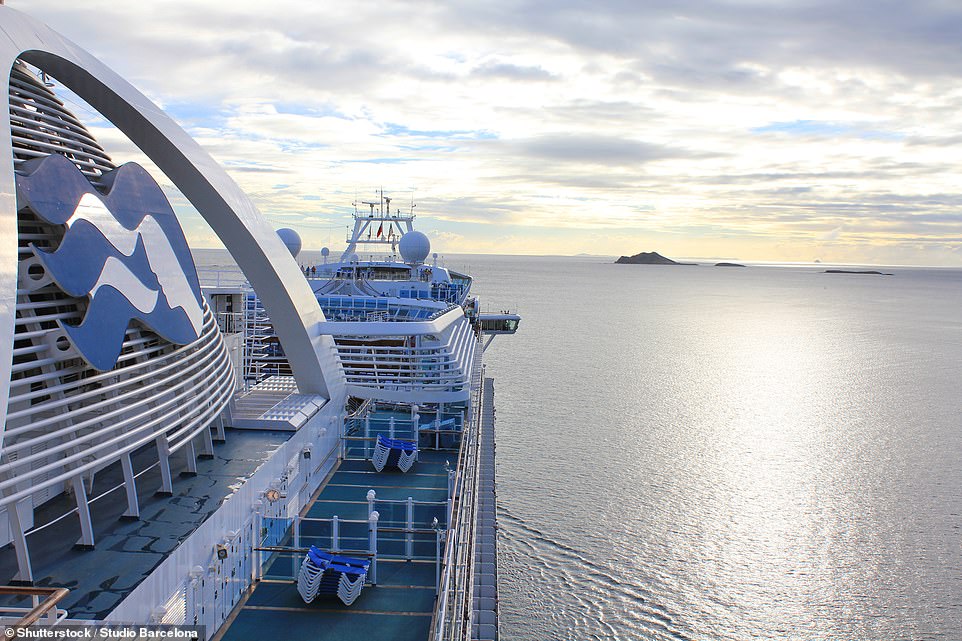 In 2013, the Daily Mail’s Nick Dalton and his wife got married on the cruise ship Crown Princess (pictured)

In the mass event, my wife Deborah and I are beseeched to gaze into each other’s eyes and pledge a lifetime of joy.

Even Captain Stubing renewed his vows with Patti, real-life wife of 44 years.

There are all sorts. The elderly chap resembling Santa Claus (‘It’s great to get away from the North Pole for a bit,’ he grins) and his good lady, dressed like someone who’d arrived on the Mayflower. The couple in T-shirts saying ‘Married 40 years and we still like each other’. ‘And we do!’ they tell anyone who’ll listen. 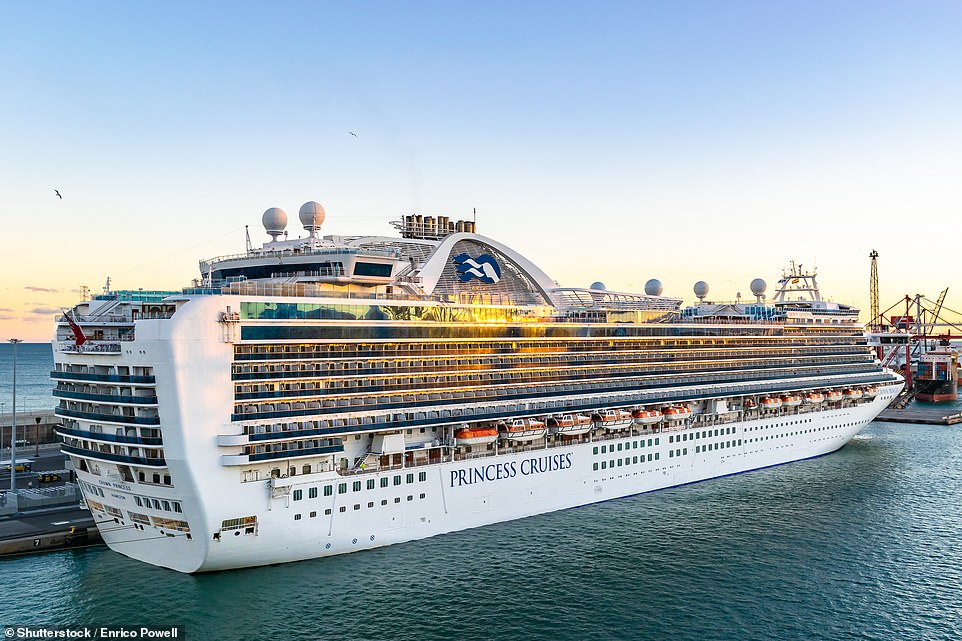 Love is in the air: Nick said the vow renewal ceremony brought back ‘many memories’ of his big day

The Princess Tie The Knot At Sea package costs from £1,845, with a ceremony officiated by the captain, music, flowers, photos, cake and champagne (princess.com/weddingplanner).

The young couple married the week before — the woman is in her wedding dress. The Australian couple married by the real captain, Tim Stringer, only that afternoon.

People in ball gowns and tuxedos, high heels and shorts, all of whom had come on this week-long trip from Fort Lauderdale in Florida. It’s theatre, but it’s strangely moving despite all the showbiz hoo-hah.

Escorted by our teenagers, Georgia and Henry, the captain carried out the ceremony in a flower-bedecked room. There are photos of us leaning nonchalantly against the deck rail, and even a DVD, which we’ll watch once we get through a decade of The Love Boat.

Returning to the scene — or close enough — brings back many memories. And there’s a mass jump for joy when Michael trumpets that the total number of vow renewals across the three ships is a record-breaking 1,443.

‘It’s a cross-section of humanity, all ages, all walks of life,’ said Captain Stubing later, when he was off duty with a glass of something. ‘So emotional.’ And he was right.